A ‘zero-day’ exploit has been found within the latest version of Adobe’s Flash 10.2 that is affecting platforms across the board such as Mac, Linux, Android, Windows, etc… 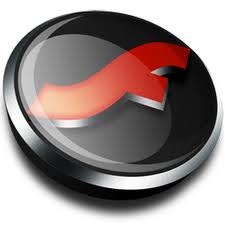 With this exploit, a malicious hacker can potentially access and gain control of unsuspecting machines. It can still be prevented however as the malicious code cannot be executed unless actioned upon by the user. These codes are typically embedded as a flash file within a word document attached to an email.

Adobe is currently working on a fix.
According to the notification sent out by Adobe:

With the latest version released back in March 18th, it’s been nearly a month of vulnerability for some PC and mobile platforms.

Former Founder of Mobile blog site MGauge.ca is the Managing Editor for TekTok.ca A smartphone fanatic which started with the iPhone 3G to multiple Blackberry and Android Devices. Willingly sacrificed an arm (and possibly a leg) in order to save his iPad 2.
@@Cue_32
Previous RIM introduces BlackBerry Trade-up Program in Canada
Next IPad 3…what’s the latest to come out of the rumour mill.