Slingmedia announced the availability of the Emmy award winning Slingbox in India today.  Now, I get asked this question a lot when I mention slingbox: sling what? There are many people that may not be up to speed, but let me explain a bit further and you will be lining up at your local retailer moments later, I can assure you!

A Slingbox is a set top box that joins your other boxes such as your digital cable receiver, satellite receiver, ATSC Antenna, or even your home security camera. The Slingbox Pro HD looks like this:

And here we see the back of the unit and all of its goodness!

The rest of the ports are for input/output for your television or enterntainment sources. Once you connect your local TV receiver up to the back of the box you are just about ready to go.

The internet port connects the Slingbox Pro HD to the network/internet for portable viewing.  What does this mean? This means you have access to all of your household content wherever you go.  You can connect to your Slingbox via pc/mac browser window, or you can connect via SlingPlayer Mobile. 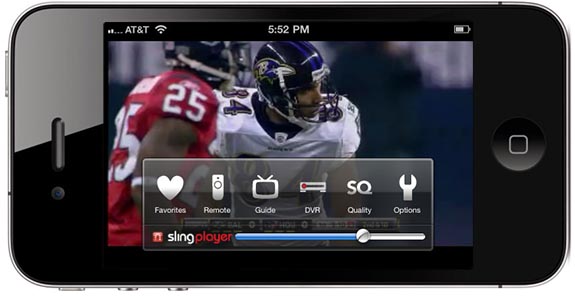 SlingPlayer Mobile™ software allows you to extend your living room TV experience to your mobile phone. With a Slingbox® at home, you can enjoy live or recorded TV from SlingPlayer Mobile on your compatible phone.  You can flip through channels with the virtual remote control; or pause, fast forward, rewind, and even schedule DVR recordings. With SlingPlayer Mobile, you never need to miss another show or game—whether you are out to lunch, on the road, or on the other side of the world.

We are in the process of reviewing the Slingbox Pro HD so stay tuned for our article.  In the meantime  we are trying to wrap up our March Madness promotion, and up for giveaway is a Slingbox Pro HD courtesy of SlingMedia.

To enter the giveaway, leave a comment below explaining why you want a Slingbox PRO HD, and one random lucky user will be selected. Winner will be selected on April 20, 2011.   Contest open for Canadian residents only. (Quebec excluded)

A Slingbox makes it simple to watch and control live TV content from a cable box, satellite receiver, DVR or video camera on any remote device such as a mobile phone, PC, laptop or tablet located anywhere in the world via a broadband Internet connection.

“The Slingbox is a pioneer product in placeshifting technology and marks a milestone for television viewing in India,” said Raghu Tarra, Managing Director of Sling Media Inc. “With Slingbox, consumers can now catch their favourite cricket match, show or movie from anywhere in the world. With a huge mobile and TV subscriber base, we see India as an attractive market for us.”

The manufacturer’s retail price (MRP) for the basic version of Slingbox known as Slingbox 120 that streams standard-definition (SD) content is Rs.7,999 and MRP for the Slingbox PRO-HD is Rs.14,999 for a high-definition viewing experience. In addition, Sling Media is also offering SlingLink, which simplifies the home Internet network connection and provides fast, smooth video playback at an MRP of Rs. 4,999. Just in time for IPL Cricket, these introductory prices are offered while supplies last.

Consumers can watch their television content on their smartphones by downloading SlingPlayer Mobile software, giving them complete control over their living room television and is priced in various mobile application marketplaces at the equivalent of $29.99 USD.

The Sling Media line of products is distributed direct to consumers in over 5,000 retail stores in 20 countries, and to several television service providers in North America, Europe and Asia. First introduced in June 2005 in US, Slingbox® has won a number of accolades over the years, including International CES Innovation Awards, CTIA Wireless Emerging Technologies, American Industrial Designers Society Gold and Best in Show, as well as a Technology & Engineering Emmy®.

Mr. Bhupen Shah, Sling Media Inc. founder and CTO added, “We are very happy and excited to have brought our breakthrough products to the consumer electronics marketplace in India. Now anyone with a Broadband Internet connection can enjoy viewing their television on a laptop, smartphone or tablet device.”

India is already the second largest mobile market in the world, forecasting 400 million 3G subscribers by 2015. Mobile video usage has exploded and according to Nielsen, India ranks as the fourth largest consumer of mobile video in the world. There has been a widespread adoption of broadband as it becomes more affordable for the average consumer. India has risen into the top 10 countries in the world for broadband connectivity and the number of broadband customers is growing at 25 per cent annually. The advent of these technologies will also drive substantial interest in the home entertainment sector.

Slingbox will be initially available in large format retailers such as Croma, Reliance Digital, and the online store Flipkart.com across Bangalore, Mumbai, Hyderabad and NCR. The company also has plans to further expand its operations to the cities of Ahmedabad, Pune and Chennai.

About Sling Media
Sling Media, Inc., a wholly owned subsidiary of EchoStar Corporation (NASDAQ: SATS), is the leading provider of video place shifting products and services for consumers and television service providers. Sling Media’s product family includes the internationally acclaimed, Emmy award-winning Slingbox that allows consumers to watch and control their living room television shows at any time, from any location, using internet-connected PCs, Macs, PDAs, tablets and smartphones. For more information, visit www.slingmedia.com. Follow Slingbox India on Facebook and @slingboxindia on Twitter. Sling Media Pvt. Ltd. has been operational in India since 2005 and is headquartered in Bangalore.

Jamie Forestell is the Editor-in-chief and also the founder of Tek Tok Canada. His knowledge and aptitude for Technology led him to create a central website for all Canadians. His strong passion for the Technology world helps him stay abreast of leading-edge technologies and his desire to spread this information was the driving factor behind the creation of Tek Tok Canada.
@tektokca
Previous Another AppStore in the works, this time for The next-gen Windows platform
Next RIM introduces BlackBerry Trade-up Program in Canada 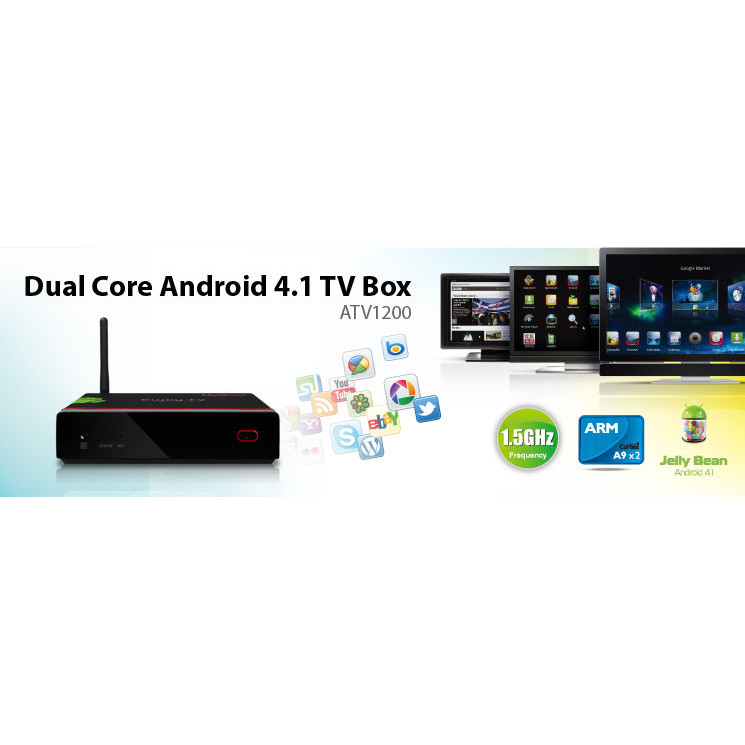