James Laird, an independent developer, is either a future household name or the next target by Apple. By literally hacking open a girlfriend’s broken Airport Express, he was able to reverse-engineer then system and re-write Airport Express and call it “Shairport”. He was then able to share iTunes music to his computer and other iDevices without the need for licensing from Apple.

There are already other 3rd-party software out there that allows sharing to other Apple-approved devices, so what makes this different? (ie. Airfoil)
By using Shairport, this enables you to do exactly what Airfoil can’t. That is stream music to other devices such as HTPC or other computers not approved by Apple. For this reason, Apple might aim at shutting down Shairport as it potentially can enable a speaker maker to utilize this hack in order to receive AirPlay streams without Apple’s approval.

Former Founder of Mobile blog site MGauge.ca is the Managing Editor for TekTok.ca A smartphone fanatic which started with the iPhone 3G to multiple Blackberry and Android Devices. Willingly sacrificed an arm (and possibly a leg) in order to save his iPad 2.
@@Cue_32
Previous Sony Ericsson report supply issues as a result of the Japan Earthquake
Next More iPhone 5 news supporting a late release 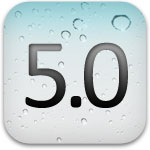 Over the Air Updates coming with Apple iOS 5

Posted by Jamie Forestell With WWDC just days away, it looks like Apple has leaked …