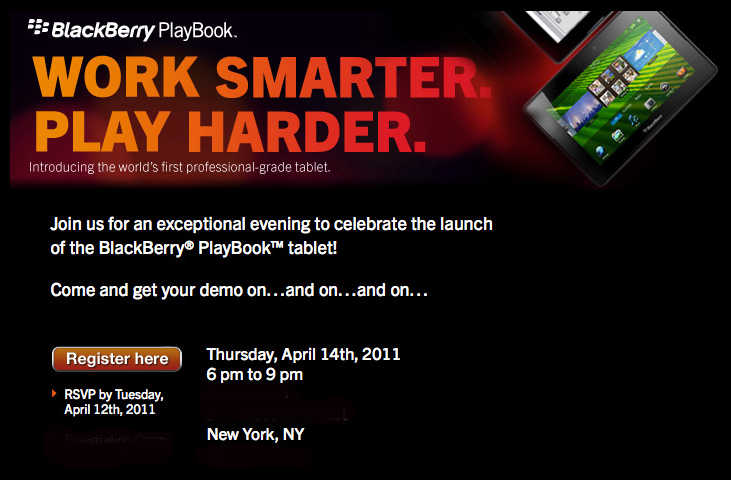 BlackBerry Releases a Game Changer – We’re Still in this Thing

We have received our invitation to the Blackberry Playbook event taking place in New York City on April 14. RIM will have the Playbook available for demo. The Playbook has been hyped up since September of 2010 and we look forward to finally getting a peek at the QNX based tablet. One of the most surprising announcements was that the Playbook will allow Android apps to run on the tablet.

As the RIM tablet does not feature an email client, and with the ability to run Android apps, will users be able to run email clients from the Android marketplace? There are many questions which will soon be answered, so stay tuned. The Playbook tablet is expected to launch on April 19.

We would like to be able to offer you a Blackberry Playbook as part of our March Madness Product Giveaway, but for now you will have to settle for a Blackberry HS-700 Bluetooth headset. The HS-700 headset is very sleek and bears a great resemblance to the outer casing of the Blackberry Bold 9000. 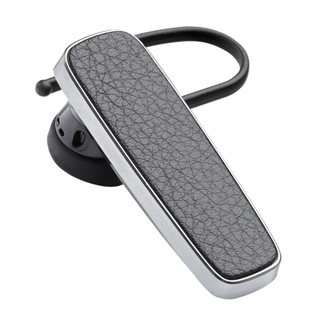 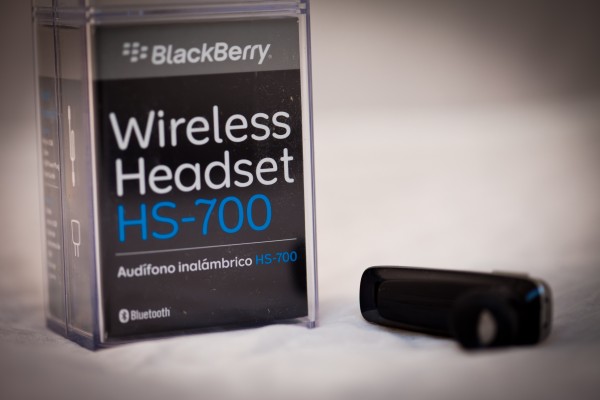 Jamie Forestell is the Editor-in-chief and also the founder of Tek Tok Canada. His knowledge and aptitude for Technology led him to create a central website for all Canadians. His strong passion for the Technology world helps keep him to stay abreast of leading-edge technologies and his desire to spread this information was the driving factor behind the creation of Tek Tok Canada.
@tektokca
Previous Motorola Xoom now available in Canada
Next Apple files patent for “Smart Bezel”, designed to change the way we interact with Touch devices