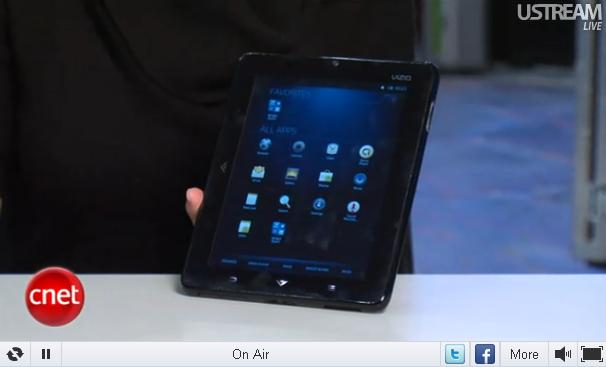 During CES 2011, Vizio is expected to unveil the Vizio Via smartphone and tablet. Both devices feature the same Android OS and will be able to control the new Vizio televisions also being unveiled.  Both devices also have an IR blaster to act as a universal remote control powered by an app also being announced.

The Vizio Via tablet also contains 3 speakers to whether it is held in portrait or landscape mode, you will get a nice sound.

Vizio is one of the most under-rated television companies in the market today, and are sure to be noticed when these new gadgets are released to the public. Tektok will do our best to get our hands on these devices so stay tuned! Both devices are not expected until Summer 2011.

Jamie Forestell is the Editor-in-chief and also the founder of Tek Tok Canada. His knowledge and aptitude for Technology led him to create a central website for all Canadians. His strong passion for the Technology world helps keep him to stay abreast of leading-edge technologies and his desire to spread this information was the driving factor behind the creation of Tek Tok Canada.
@tektokca
Previous Warner Brothers announces HD content as a service for Intel Based Computing
Next Bowers & Wilkins to unveil the Zeppelin Air featuring Apple’s Airplay