Apple hosting “Back to the Mac” Event on October 20 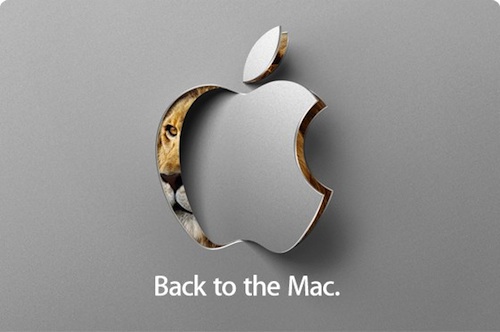 Apple has invited select members of the media to their special event titled “Back to the Mac”. The event is appropriately titled given all the attention the ipod/iphone/ipad devices has been receiving as of lately.  Tekok is not sure what is coming, but from the looks of the invitation, perhaps a new OS will be released, and possibly an update to the Macbook Air. Perhaps the touch iMac, which has been rumored to be coming as well. Or maybe even an announcement that Facetime will be available for macs and macbook pro. You can bet Tektok will be liveblogging during this event. Stay Tuned!

Facetime for the Mac!!!

Jamie Forestell is the Editor-in-chief and also the founder of Tek Tok Canada. His knowledge and aptitude for Technology led him to create a central website for all Canadians. His strong passion for the Technology world helps keep him to stay abreast of leading-edge technologies and his desire to spread this information was the driving factor behind the creation of Tek Tok Canada.
@tektokca
Previous Apple Tv Begins Shipping in Canada
Next Apple Stock breaks $300 for first time