The following is an unedited press release from Adobe.

Adobe has announced the immediate availability of Photoshop Express for iPad and iPhone. Formerly known as Photoshop.com Mobile, the newly-branded application now brings quick and easy photo editing organizing and sharing technology to the iPad. 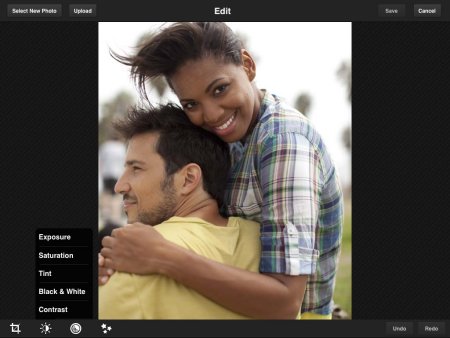 Photoshop Express for iPad delivers all of the popular photo-editing features iPhone users have enjoyed, such as Crop, Rotate and Flip, as well as fun and eye-catching effects like Vibrant, Pop, Border and Vignette. With one touch, adjustments to exposure, saturation, tint and black & white can instantly improve the look of a photo before posting to Facebook or sharing with family and friends. 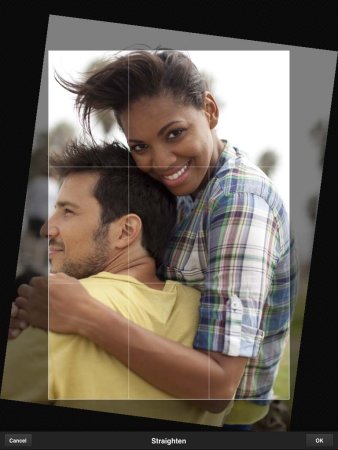 Photoshop Express also offers features specific for iPad users, such as the ability to easily change screen orientation from landscape to portrait views of photos, as well as redesigned workflows for organizing, editing and uploading photos. For example, you can now edit multiple images in sequence and then simultaneously upload each photo to Photoshop.com and Facebook. The new Organizer also simplifies album sharing.

Adobe Photoshop Express for iPad and iPhone is now available worldwide in English as a free download from Apple’s iTunes store. The iPhone application, originally announced in October 2009, includes minor updates with this release including its new name. 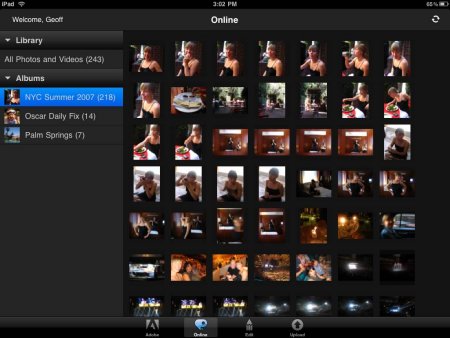 Jamie Forestell is the Editor-in-chief and also the founder of Tek Tok Canada. His knowledge and aptitude for Technology led him to create a central website for all Canadians. His strong passion for the Technology world helps keep him to stay abreast of leading-edge technologies and his desire to spread this information was the driving factor behind the creation of Tek Tok Canada.
@tektokca
Previous Google Chrome to Phone for Android
Next Adobe Photoshop Express QuickView